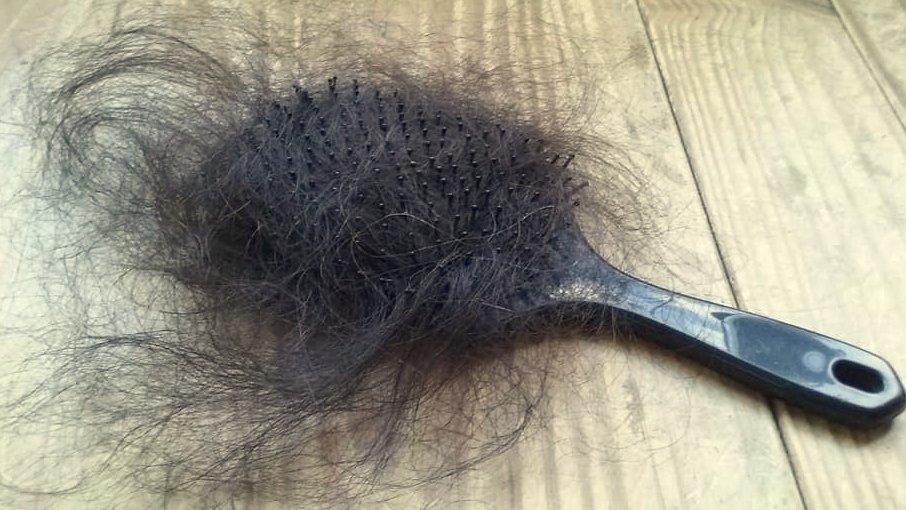 So last Monday I returned from a fab weekend with my old mates in beautiful Ballycotton, it was late when I got home and as I pulled the grip out of my hair to go to bed a substantial amount of hair came with it. Here we go, I was too tired to deal with it then so I just went to bed. Back to reality with a bang the following morning, I sat on my bed in front of my mirror and started to run my hands through my hair, it came out in heaps, the Cold Cap didn’t work. Strangely enough I was very calm about it, I rang my sister who came over to find me sitting in my room beside a mound of hair, I think she was more upset than I was. Thankfully I had very thick hair and as it was my week off treatment I had lots of plans, a second opinion appointment in Dublin, followed by a Rag ‘n’ Bone Man concert in Trinity, etc. etc., so I left it alone.

I suddenly realised  I’d messed up , and frantically rang my wig guy , I should have been in touch with him already. I stupidly presumed that although it was two years since I saw him (and I never ordered a wig as I didn’t need to) that he would still have all my details on file. He didn’t, I spent ages picking the right wig for me but had left it too late now to get it sorted ( check out my previous post, see link below). I sent on photos of me taken at the time of the fitting and hoped for the best. It was going to take some time now, the wig would have to be ordered, I had chemo the following week and my brother and his kids were arriving from England. Yep really messed up, how not to buy a 500 euro wig.

I pinned my hair up, forgot about it and had a great week, but as I’m having treatment tomorrow I had to brush it to see if they could continue with the cold cap. To be honest I didn’t expect there to be much left so I thought, right it’s time to move forward now and stop avoiding the inevitable. I rang my friend  Nóirín and asked her to bring her clippers, I promised myself there’d be no comb overs. I considered calling some friends, opening some wine, it’s what I’d like to do, but I’m not quite sure if I’m up to it, so I leave it. It’s just me my sister Jackie and my closest friend, there were no tears, a lot of laughter, albeit much of it nervous and tinged with sadness.

What most people don’t realise is this isn’t temporary. Stage IV patients will always be on treatment and while we do have breaks they are never usually long enough to have any substantial regrowth. It’s been a long night, the fringe wasn’t budging so we left it be. I’ve never wanted a glass of red so badly in my life, but as I have to take 10 steroids later better give it a miss. I may need a bit of time, but I’ll get past this too, right now though I am struggling a bit with the thought of being a victim in the eyes of the world for the rest of my life.

Onwards and upwards, thank you Jackie Dalton and Nóirín O’Brien for being there. ❤